Her Driving Your Motorcycle in Thailand? – Think Again! 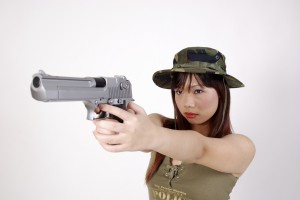 Dating A Thai Girl With A Motorbike Or One With A Gun – Which One Is More Perilous?

How Great Is It To Know A Woman Who Drives A Motorcycle In Thailand?

What’s more attractive than a woman on a bike? Truthfully? Not much! Whether she’s the driver or the passenger a woman on a bike always conjures up an appealing image. Where can you meet a woman who rides a motorcycle? In Thailand of course!

In the West when we see a woman on a motorcycle we are really impressed. After-all, the percentage of women driving bikes compared to men is very small. Studies show less than 10% of all motorcyclists in Western countries are women.

There Are A Lot Of Women On Motorcycle in Thailand!

The difference in women driving bikes is obvious in Thailand. While the majority of bikers are still men a large percentage of bikers are women. Most studies say 30-40% of motorcyclists in Thailand are female.

And they look good on their bikes. Many women use their bikes to commute to work. Therefore you see women in leisure suits and formal attire cruising on their motorcycles to their place of business. There is something about a dressed up woman on a motorcycle that makes her that much more attractive.

You Need Confidence To Ride A Bike

Riding a motorcycle in Thailand also says she’s a confident woman. Western men are attracted to confident women. Watching your honey zip down the street on her bike gives you a sense of pride in her. Most Western women would never have the confidence to drive a motorcycle but it’s commonplace in Thailand.

Thai Women Are Also Brave – Maybe Too Brave! How IS She Driving Her Motorcycle In Thailand.

Throw out your safety concerns. Women in Thailand can be seen driving their bikes while wearing flip-flop sandals, shorts and even skirts, with a thin blouse and no helmet. It sounds so dangerous but it’s amazingly commonplace to drive your motorcycle in Thailand like this.

Another commonplace occurrence you see are the Thai women using their cell phones. And I don’t mean the car drivers, I mean the motorcyclists! It’s commonplace to see Thai women driving along talking or texting on their cell while using their other hand to drive. How often do I see that? EVERY TIME I go out! Now that takes some confidence. (and a slight disregard for safety). 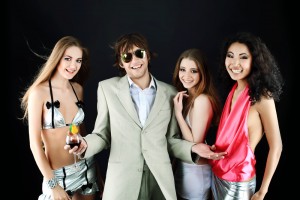 It’s Up To You To Choose Your Thai Date!

A Motorcycle in Thailand Can Host More Than Two Passengers

Not only do you see Thai women driving but they are also the most frequent passengers on motorcycles. You’ll often see a Thai woman giving her girlfriends a ride home after work or school. They’ll carry three, four, and sometimes five Thai women on the same bike. Is it dangerous? Yes. But let me tell you, all four of them look good!

When women ride as passengers they do so in an alluring way. In the west women wear pants and ride with a leg over each side of the motorcycle. Here it’s common to see women riding as passengers in the side-saddle position. That means they keep both legs on the same side of the bike and balance themselves on the seat.

The Thai women riding as passengers may or may not hold on to the driver for support. While it seems precarious to ride side-saddle it’s also slightly adorable. It’s pleasant to see them in their business skirts with their legs crossed one over the other while riding down the street.

Thailand – The Land Of Pretty Girls On Motorcycles

There are so many attractive women on a motorcycle in Thailand. You can stand on any busy street corner and enjoy a smorgasbord of delightfully pretty Thai women going by on their motorcycles all day long. It’s another alluring aspect of life in Thailand. Are you ready to visit now?