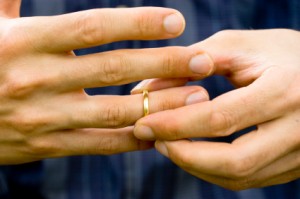 In the Western world, divorce rate has rapidly spun out of control with the divorce rate nearing the fifty percent mark in many Western countries. To make it worse, the trend is still pointing up. These days people in the West do not think of marriage as people used to in older generations. When people take their vows they are not ‘until death do us part’ anymore, more like ‘until something better comes along’.

So What Makes Western Men Think About An Asian Wife?

Hi! I am Nathamon CEO and owner of Meet Me Now Bangkok. We are situated in Bangkok, Thailand. I have been happily married to my wonderful husband Michael for 7 years, and we met when he came into the agency and I instantly knew that I did not want to find him a date at all; in fact I wanted to grab him for myself. He had recently got out of a marriage to an Australian woman who had cheated on him. This was when I first realized how unlike the older generations in the West, people do not really put much emphasis on the sanctity of marriage anymore over there. In Thailand however, marriage is still a sacred union of two people, and only under really horrific circumstances would we consider a divorce.

The Solution: An Asian Wife?

The question that comes to my mind is why this sad situation is occurring over in the West. After discussing the topic with my husband and many of the divorced men that come to my agency to find new love, I see the most obvious reason as being the fact that the Western world has changed so much over the years. Nowadays people strive to be independent and the thought of being part of a dual identity is not appealing. People desire freedom and although this is an amazing development, it also makes people feel like they do not need to be part of a couple. I feel that there is a fine line between independence and loneliness, and that many Westerners have crossed into the latter.

Traditional, old fashioned Western men can find an Asian wife, because our basic ideologies about marriage are very similar. Thai women only want to marry once, and they stay with their partners through the good and the bad times. If problems occur it is the Thai mentality to work through them together and hand in hand. It is so unfortunate that people in the West left this beautiful culture behind, and I am grateful that marriage vows are still respected over here in Thailand and in Asia in general. Apart from the fact that Thai women want to make a marriage a happy one, divorce is still frowned upon by her society, so if a Thai lady marries you, then she plans to be in it for life.

Her Goal: To Be An Asian Wife! 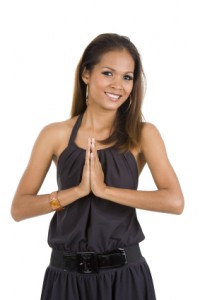 Her Goal: To Become An Asian Wife

Thai women are very traditional, and like to act feminine and ladylike. Despite having careers, friends and interests that are different to their husbands, they love playing the role of an Asian wife. We Thai women love cooking for our husbands, and take pleasure in watching our partners enjoy our food and compliment our dishes. The first time that I made my husband my specialty dish of Kaeng lueang (a sour spicy yellow curry with fish and vegetables), I held my breath as I watched him take the first bite. When he looked up and licked his lips, I knew that we would be together forever. I have continued to lavish him with my favorite cuisines. I even learned how to make him steak and potato pies which I know he misses from his home in Melbourne, Australia (but I add a touch of curry powder for that extra Thai kick). A Thai woman does not want her husband to bother with the home or running it as it is our job and we would feel stripped of our honor and role if he were to take over. Also he would probably not have as good taste in the decor or would move things out of place.

We Thais are not aggressive and hate raised voices, and outward aggression in Thai culture is unacceptable. A Thai woman will want a quiet, tranquil life, where any issues can be discussed and agreements can be reached in a  calm way. The term of a traditional wife has been interpreted in the West as needing to be obedient or silent, however for Thai women this is not the case. Just because we do not shout and brawl does not make us subservient, we just have a different way of dealing with negative emotions. Apart from us enjoying our role as a traditional wife, we also expect our husbands to act as their role too, such as taking us out for nice meals, providing us with a secure and happy home and treating our families well.

« Why Do Western Men Move to Asia To Find An Asian Wife? » Why So Many Western Men Find Love Again With A Thai Wife