Dangerous Dates With Thai Ladies: Why An Introduction Service Is A Good Idea Part 2 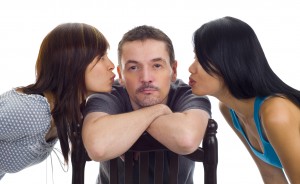 What Can Go Wrong If You Don’t Use An Introduction Service?

It’s said that everyone has a story and it’s certainly true when it comes to dating between Thai Ladies and Western men. In my position as CEO of DateThaiLadies.com offering a high quality introduction service, I’m privileged to hear many compelling stories of love lost and love found. The joyous outcomes are what keep me going in this business. Today I want to share Jim’s story with you. Jim contacted me to sign up for our Dating Tour only two months ago. He said he’d been to Thailand on holiday once before and tried dating a Thai girl but it didn’t work out. He was anxious to return and try his luck again. He didn’t have enough time to learn all the nuances of the Thai dating culture before he returned so the logical step, to him, was to call me and sign-up for our Thai Lady Dating Events.

What went wrong on his first visit which lead Jim to inquire about our introduction service at ThaiLadyDatingEvents.com?

JIM’S STORY Jim is a recently divorced University professor who decided to take an early retirement package. His dream, like so many others in retirement, is to travel. As he researched where he’d make his first trip he became more and more infatuated with the prospect of touring Thailand. So he called a travel agent and signed up for a bus tour in The Land of Smiles. Two weeks later he was on a flight to Bangkok. Jim toured Thailand for 10 days and he loved it. He loved the beautiful landscapes, the brilliant seacoast water, the winding rivers and small villages and the genuine warmth of the people. He also found something he didn’t anticipate. Gorgeous Thai ladies. He was amazed how many beautiful single Thai women he met during his travels. Since he was on a tour schedule Jim didn’t have much time to engage the Thai women he met until his tour was nearly over. Jim had planned a free day in Bangkok after his tour finished. He figured he’d a get a day of rest and go souvenir shopping before boarding his flight back to Canada. 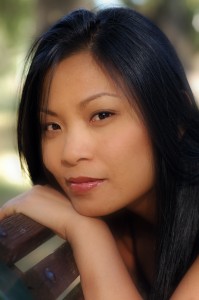 Our Introduction Service Offer At ThaiLadyDatingEvents.Com – Because A Thai Girl May Look So Innocent, But….

THE FIRST DATE – Without An Introduction Service

Well that didn’t go quite as planned. On the last day of his tour he met Ploy in a market two hours north of Bangkok. A stunningly gorgeous Thai lady of 32, Jim was flattered she took such an interest in him. Ploy worked with her mother selling Thai food. Her English was good and so they had a little chat. Business was slow at the time so Ploy offered to guide him around the market. They had a lovely two hours together and Jim was able to find souvenirs for his friends and family back home. But more than that, he wanted to see Ploy again. As luck would have it Ploy had the next day off and so did Jim, it was his free day in Bangkok before flying home to Canada. Ploy promised she would take a commuter Van to Bangkok the next day and they would enjoy a relaxing day together. Jim had seen some restaurants he wanted to try out downtown and he was excited to have such lovely company to spend time with on his last day in Thailand. What could possibly go wrong? A TURN FOR THE WORSE The next day an excited Jim woke up early to shower, shave and pick out a handsome outfit. He grabbed a taxi downtown to Victory Monument where the commuter vans arrive and he waited. He was feeling so happy about his trip. Meeting a wonderful Thai lady to share the day with was going to be a marvelous ending to his Thai adventure. As he waited at the meeting point he could see Ploy just arriving from the other direction. She was walking and talking with another pretty woman. Ploy was all smiles as she approached Jim. They said hello and then there was an awkward moment. The woman Ploy was speaking to as she arrived continued to stand directly next to Ploy as she and Jim chatted. Jim kept waiting for her to continue on her way but she just stood there and seemed to be scrutinizing Jim’s every move. When Ploy and Jim agreed on a nearby restaurant for lunch the mystery woman followed them. Something wasn’t quite right. Jim was starting to feel uneasy. Finally, ten minutes later as they sat down for lunch, Ploy introduced her friend to Jim. Jib was her name and she was Ploy’s best friend. When Ploy told Jib she was going to Bangkok for the day Jib graciously offered to accompany her. Ploy’s smile told Jim she was over-joyed to have Jib along for the visit. 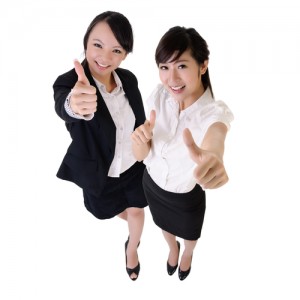 A DIFFERENT SET OF RULES For Jim, Jib’s inclusion on the date made him feel uncomfortable. He was never really able to relax because every discussion involved the three of them. There wasn’t any level of intimacy possible. It felt to Jim more like a friends day out than a date. Still, he was a gentleman, he graciously paid for the meals and taxis as they scurried about enjoying the downtown atmosphere. But when the day was over he felt more or less relieved to see Ploy and Jib take the van back home. Jim couldn’t understand why Ploy would thoughtlessly invite her friend Jib. Wasn’t it obvious this trip was for two people to get to know each other better? It cramped his style all day and he never felt like he was able to establish a bond with Ploy. Now Jim knew he’d missed his chance because he was flying out the next day. To this day he still wonders how things might have turned out if they’d had a chance to share time alone. Unfortunately, Jim used his western standards to plan his date in Thailand. Unbeknownst to him, dating in Thailand plays by a different set of rules. Without good advice available Jim was caught in a dating quagmire. In this case it would have helped Jim to know Thai women generally won’t go on a first date alone like couples do in the West. HER PERSPECTIVE Two good things happened on Jim’s trip. He enjoyed Thailand immensely and he discovered the world-renowned charms of Thai women. One bad thing happened. He embarked on a date without understanding Thai culture. For Ploy she couldn’t imagine why Jim would be upset with her. In Thai culture it’s normal procedure to have a family member or a friend along on your early dates. Even as modern western culture encroaches on Thai culture it is still considered undesirable for a woman to travel alone. Ploy had to travel two hours into the city and back. It was normal for her to bring a friend along. More than that, it is customary for a respectable woman to have a chaperone along on the early dates. A woman alone with a man she barely knows can bring disrepute on her family. Ploy is a good Thai woman who wouldn’t know much about western culture. But she does knows any Thai man asking Ploy out would not be surprised see her friend in tow. Ploy would never suspect Jim was disappointed. In fact, Ploy would be surprised to find out Jim was uncomfortable. Jim, showing his good manners, never brought up the subject with her. He just made the most of his date with her and Jib. 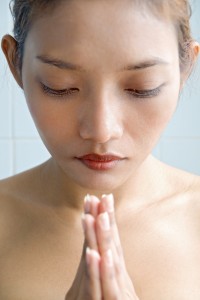 KNOW THE CULTURE Well Jim certainly had a learning experience. The big lesson was when you try cross-cultural dating it’s very exciting and at the same time it’s full of possible miscues. For his second attempt dating Thai women Jim was keen to avoid more cultural mistakes so he contacted me. At ThaiLadyDateFinder.Com we have an introduction service as well as an online dating service. I felt sad for Jim when he told me his story but I wasn’t surprised. He couldn’t be expected to know the nuances of Thai culture with only a little bit of internet research and a plane ticket to Bangkok. I was overjoyed to help him when he asked me. KEEP IT SIMPLE I registered Jim to our online introduction service and he’s been meeting sensational Thai ladies for a couple months now. He returns to Bangkok in three weeks to begin his dating tour. I think you can imagine how excited Jim is to meet his favorite ladies in person. He’s already reached a mutual agreement to meet four sensational ladies. I’m happy to say the ladies are super-excited to meet Jim too. When he arrives in Bangkok we’ll take care of everything for him. We’ll pick him up at the airport, chauffeur him to his hotel and after a days rest he’ll embark on the dates we’ve set up for him. But this time, the only chauffeurs will be our Thai Lady Dating Events team. Of course, we’ll allow Jim much more room to operate this time. He’ll barely know we’re there until he needs us. That’s what you call an introduction service. SUCCESS If Jim’s story is alluring to you, if you’d like to meet beautiful, professional Thai ladies without the hassle of trying to navigate unforeseen but significant cultural differences, then I’d be happy to hear from you. Visit me at ThaiLadyDatingEvents.com. Your future happiness can start now with our professional introduction service.