Live Like A King – With The Exchange Rate In Thailand 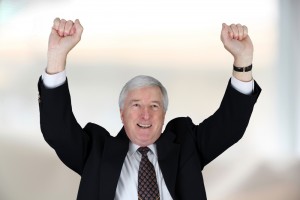 You Could Be A King With The Exchange Rate in Thailand. If You Only Dared…

One of the really great things as a living destination is the exchange rate in Thailand. The Thai baht is amazingly low compared to most of the Western worlds’ currency. Against the benchmark U.S. Dollar it’s at 32-1 today! That’s means your foreign money goes a long ways in Thailand.

How Much Purchasing Power Will You Have With The Exchange Rate In Thailand?

I’ll use the U.S. Dollar as the currency of comparison for the sake of simplicity.

You’ll need to get around when you’re in Thailand. Plan on taking a taxi? You can ride for an hour in a taxi for 200 baht. That’s just over six dollars. The same ride in the West would be over $100 dollars!

If you want to spend less you can use a commuter van. They’re cheaper than taxis. That same one hour taxi ride from the suburbs of Bangkok to downtown will cost you 25 baht in a commuter van. That’s an unthinkably low 80 cents. I think you can start to see why so many people retire to Thailand. The already low cost of living is enhanced by your ability to exchange your currency for Thai baht due to the exchange rate in Thailand. 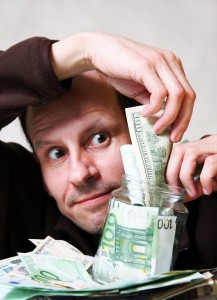 Are You Ready To Indulge Yourself In Luxury With The Exchange Rate In Thailand?

Can You Live In Luxury Because OF The Exchange Rate In Thailand?

If you need to live on a tighter budget you can. Outside the main ex-pat areas the rent for a one-bedroom apartments can be as low as $4000 baht, that’s a mere $125 dollars. Want to make your pension money last longer? Thailand is the place to be.

Food is a great reason to live in Thailand. Not only it it considered some of the tastiest in the world but prices are also unbelievable. Eating at a typical outside Thai venue with a main course, a second dish, and drinks for two can can be done for less than ten bucks. Eating out is so inexpensive many Thais rarely eat in. The cost of buying the food would not be a big savings and you’d have to add in the preparation time to your day. It’s easier to go out.

For the exchange to work in your favor you have to be earning money in a foreign currency. It’s ideal for people planning a retirement. If you’re over 50 you’re eligible to apply for a Thai retirement visa. Once it’s acquired you can settle down in Thailand and draw your income from a foreign pension.

You’ll be pleasantly surprised to see the kind of housing you can afford and the amount of extra activities at your disposable. At the end of the day you’ll still have money leftover. You’ll be hard pressed to spend your monthly income.

Smile All The Way To The Bank

The exchange rate only works for you if you’re earning money in a foreign income. If you have a job like a web designer or consultancy that you can do from anywhere Thailand is a great choice as your headquarters. Your customers will pay in US dollars and you’ll spend money in Thai baht. It’s a sweet equation in your favor.

Maybe you’re one of the lucky few to work for an International corporation. If so, get yourself transferred to Thailand, get your pay in US dollars, and live a dream lifestyle.

Do you want to read more on how to live like a king in Thailand? Read the other parts of this series: Part 1, Part 2

There are countless reasons to live in Thailand. The great exchange rate is just one of them. If you earn money in a foreign currency then you can live the high society life in Thailand. What are you waiting for?

« Do You Want To Drive In Bangkok? – Part 3 The Hazards Of Bangkok Traffic » Facts About Thailand: What’s Happening With Floods In Bangkok