Do You Want To Drive In Thailand? Part 5 – Commuter Van 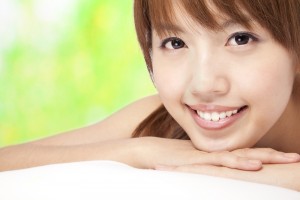 Don’t Worry, Be Happy, When Sitting In A Commuter Van.

A Commuter Van Is A Kind Of Bus in Thailand.

Although they are actually vans they stop at the bus stops along their route until they are full and then they fly to their destination at top speed.

What is a commuter van?

They’re easy to spot because they are basically the only full size vans on the road. Most are gray or white in color. The vans operate like buses in that they pick up passengers at certain locations and drop them off at predetermined final destinations.

They Are A Cross Between A Bus And A Taxi

There are really two kinds. The first kind of commuter van operates around Bangkok. They pick up passengers and drive them to various destinations in the downtown or surrounding areas. Many Thai use them to go to work and back because they are faster and more comfortable than traditional transit buses.

They are also inexpensive compared to a taxi. Whereas a ride downtown might cost 200 baht in a taxi, the same ride would be 25 baht in a commuter van.

Some Of These Commuter Vans Are Used For Long Distances

The second type of commuter van looks the same as the first. The difference is in destination. These vans travel further and rather than picking up passengers frequently, these vans pick up in one or two spots and then rip down the highway to their destination.

A popular commuter van of the second variety travels from the main airport to Pattaya. Pattaya is a popular beach destination for many foreign arrivals. The trip takes an hour or more depending on how heavy traffic is that day. The price is far cheaper than taking a taxi that distance.

What Should You Know About These Vans As A Driver Or Passenger?

The first thing to understand is the mentality of the drivers. They make more money when they make more trips. Thus, there’s a big incentive to go fast. And they do!

Sometimes I’ll be cruising along at a good pace in the fast lane and I’ll suddenly see lights flashing behind me. That’s a signal to move over so a faster vehicle can pass. Inevitably the vehicle signaling me is a commuter van. They are in a rush and they are very impatient.

Some Commuter Van Drivers Are Safe

It is possible to go quickly and still drive in a relatively safe manner. I’ve ridden in some commuter vans where I felt safe and secure and was happy the driver would get me downtown in an expeditious manner.

On the other hand I’ve been in commuter vans where I felt afraid for my life. The drivers will sometimes let the profit motive over-rule their good driving sense. They proceed in a manner we Westerners would call careless or reckless driving.

Can You Guess What A Commuter Van Driver Might Do?

You need to be aware that the van coming up quickly in your review mirror may not do what you expect it to do. Instead of waiting for you to change lanes and let it pass, it may switch multiple lanes at one time to go around the slower vehicles in front of it and then quickly return to the fast lane.

If you were to make a lane change without being aware of the van’s whereabouts it could result in disaster. I’ve even had one pass me on the shoulder of the road because it was so impatient.

That’s No Way To Drive!

Imagine driving like that when 16 people in the van have entrusted their lives to you. You’d never do it, right? A driver like that would be fired immediately in a Western country. You don’t hear about any firings here but you do seem to hear about commuter van accidents every day.

Another Disadvantage For Passengers

The Best Thing For You Is To Make Your Thai Date Happy.She Will Give It Back To You In So Many Ways.

Passengers in the commuter van have another disadvantage. They are packed in like sardines. When you enter the van there is a small walking space to get to the back seat but once the back is full they flip down another small seat that cuts off the path to the back. Those people are now locked in.

The process is repeated for the second and third rows as well until everyone is sitting in small seats shoulder to shoulder. For most people in that van, if something tragic were to happen, they would have no avenue of escape.

They Will Cut You Off To Pick Up Passengers

Another issue is the pick-up and drop-off of passengers. Commuter vans may suddenly cut across two lanes of traffic to pick up passengers or to let them off. They’ll cut across lanes again to reenter traffic. They care very little about whether or not you are actually in that lane. They will cut right in front of you.

Nonetheless, you and your Thai girl can be safe on the streets of Bangkok. Reading my traffic guides can help prepare you. After-all, a little knowledge goes a long ways, as they say.

Be aware of these vans and be ready to slow down or stop if you see them near you in traffic. Give way when you have to to even if it upsets you. Nothing that happens on the road is worth losing your cool. That would just make you part of the problem and would definitely not impress your Thai girl. Give these vans a wide berth and you can have a safe and enjoyable journey on the roadways of Thailand.

« Do You Want To Drive In Thailand? Part 4 – School & Baht Buses in Bangkok » Fashion Tips: Look So Good Your Crush Will Love You Instantly Part 1/4