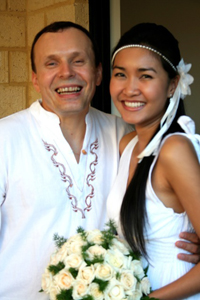 Love Again – Have You Considered A Thai Wife?

Second marriages unfortunately bring along with them complications and issues that were never even a fleeting thought when people first went down the aisle. Children, past lovers and living arrangements just to name a few, there are many things to consider before simply jumping into another marriage, especially the financial and emotions implications.

I am Nathamon, the founder of Meet me Now Bangkok dating agency in Thailand and many of the men that I help have been heartbroken or are recovering from turbulent divorces. They turn to a search for a new love with a Thai wife, as a fresh start and in the hope of a harmonious life.

Many happy marriages occur for Western men second time around with a Thai wife, because after one failed marriage, men are now mature enough to take on the role of a husband. Many men in the West, married young often due to pressure from family and friends to get settled down and start a family. The roles within marriage are very instilled into Thai culture, and so for men looking to marry again this is very suited. A Thai wife enjoys looking after her husbands and like to play the role of a wife cooking and looking after the home. A Thai wife sees it fit that her husband protects and gives her security in return, and acts like a real man. Divorce is frowned upon in Thai society, so once married to you, a Thai woman will do everything in her power to make it work even during times of hardship.

What Is The Difference Between A Thai Wife And A Western Wife?

After stressful marriages full of bitterness and anger, Western men want their second marriage to be relaxed and easy. Thai people are known for having a very slow paced and laid back culture. The standard of living is great value for money. As opposed to what you can get in your home country, an average apartment for instance in a good location can be found from 10-15,000 Baht (330 Dollars) a month. Food and transportation is also very affordable for Westerners and excellent value as well. Many Western men looking to spend the next part of their lives in  a more tranquil manner see Thailand as a great place to live.

What Makes A Thai Wife Special?

A Thai wife goes in accordance with the atmosphere in which she have grown up in, and is easy going and have a carefree demeanor. You will hear the term ‘sanook’ said a lot if you visit Thailand and it means fun. This is how many Thais choose to live their lives. A Thai wife has a wonderful way of lifting spirits and opening your eyes to the less serious things in life. Known as the country of smiles, Thai women’s main goal in life is simply to be and make others around them happy. Aggression is seen as a real social misconduct, and Thai women try their best not to provoke others. Unlike Western countries, where disputes are dealt with by raised voices and insults, Thai people prefer to discuss and compromise with civility. This has been wrongly stereotyped as submissive particularly in reference to the women.

Now with the Internet being one of the most popular methods of communication, the world is a very small place. For those of you who thought that meeting a decent, honest Thai wife was just a fleeting fantasy, you could not be more wrong, as you can find her just five steps away from your sofa on the screen of your computer.

Creating a membership at thailadydatefinder.com can open your eyes to hundreds of beautiful Thai women who unlike the thousands of scam sites online, are genuine, with full background checked and ready to find love. Men who are divorced do not want to date again from scratch as they did the first time around, so having a little help along the way can be a big comfort. If you meet someone that you think may be special, the Thai Lady Date finder option allows men to choose to invite a woman to meet them, and thailadydatefinder.com will sort everything out from start to finish. 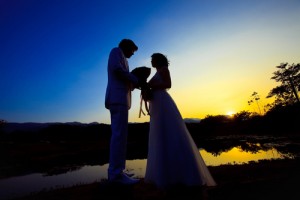 Imagine A Romantic Dinner At The Beach With Your Thai Wife.

Many traditional family values have weakened in Western countries, and Western men want to regain this with a second marriage. A Thai wife has amazing family values, and family is of utmost importance to all Thais. Often after a marriage, men will already have children. A Thai wife would welcome any of your children into her home with open arms and show them as much love and affection as they would allow. She would introduce you to her family and want you to be a part of the strong family unit that is such a backbone of Thai society. If you choose to have children together, they will grow up with the best of both worlds, two cultural identities and two languages!

« Why Thai Women Are Especially Attracted to Western Men (Who Are OLDER Than They Are)! » Why Gift Giving Is Important When Dating a Thai Lady