What Your Thai Girl Won’t Tell – Fun Facts About Thailand: The Klong Smell 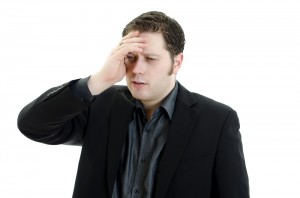 One Of The Fun Facts About Thailand: Sometimes You Just Walk On The Sidewalk With Your Thai Date And Then It Hits You. Like A Fist. The Smell Of Bangkok’s Klongs.

Here’s One Of The Fun Facts About Thailand: Have You Ever Experienced The Klong Smell?

I’ll tell you some fun facts about Thailand. Thai girls are very proud of their country. And rightly so. Thailand is a wondrous place of beautiful landscapes and beautiful people. Your Thai girl would love to have you visit her there.

Is There Something You Should Be Aware Of?

However, there are some things about Thailand your Thai girl is not likely to mention. Why? Because she loves her country and because she’s a positive person. Positive people like to talk about happy things. I’m sure you’d rather have a happy and positive person for a partner rather than a pessimist.

That leaves it to me to pass on the less positive side of life and one of the fun facts about Thailand. Not that I’m a pessimist, I’m not, but I do believe in full disclosure. I love living in Thailand and I’m sure you would too. I’m just trying to mitigate the surprises you might encounter on your first visit.

What Is One Of The Fun Facts About Thailand To Beware Of?

We’ve talked about things your Thai girl won’t tell you about Thailand in this series of blogs. Today’s topic is the smell. Bangkok, in particular, tends to emit a nefarious odor. The odor is not everywhere but it’s impossible to avoid.

You could be walking hand in hand with your Thai girl enjoying a delicious coconut ice cream while shopping at one of Bangkok’s terrific night markets when BAM! Out of nowhere your senses are stunned by a horrible smell. You walk a few meters more and it goes away but you’re left thinking: What was that? 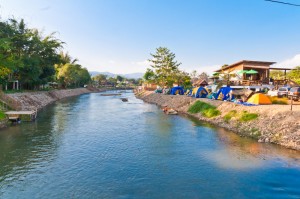 Fun Facts About Thailand: One Of Thailand’s Infamous Klongs. You Will Smell It Before You See It With Your Thai Date.

Where Did That Come From?

Was it garbage? Was it vehicle exhaust? Was it Elephant Dung? Actually all these choices are possibilities on the streets of Bangkok but they are not the most likely source of the offensive emission. To understand where the odor is coming from you have to know a little bit about Bangkok.

Why Did They Build Klongs?

One of the not so fun facts about Thailand is that Bangkok is basically built on a swamp just barely above sea level. In order to mitigate the effects of constant flood waters the city built an extensive array of canals (klongs as they are known in Thailand). These klongs are supposed to collect the run-off water from the city, and the areas north of Bangkok, and divert it safely through the city and eventually out to sea.

There could be some argument as to how effective the system is but we’ll leave that for another day. As things stand Bangkok is a city not unlike Amsterdam with canals and bridges running throughout the entire metropolis.

So That’s Where The Odor Comes From?

Unfortunately, besides allowing the water to run through the city without flooding, the klongs also end up being a de-facto sewer system. And that, dear friend, is where the odor is emanating from!

There are so many klongs in Bangkok they are impossible to avoid. They are simply everywhere. Some are big and wide and are even used for water transportation around the city. Most, however, are small and un-navigatable.

More fun facts about Thailand? What Is In The Klongs?

As time has passed and the city has grown many of these klongs have been built over. Mind you, they are still there, but they are flowing under the streets and sidewalks and even under buildings in some cases. To use the word “flowing” is perhaps a little too kind. For, in lots of cases, the water moves nary at all and becomes quite stagnant.

The combination of slow moving water and the fact the klongs are used almost as garbage disposals by many native Thais means there is going to be a smell. Not only that, but there are many sections of the klongs littered with old-style Thai neighborhoods whose sewage undoubtedly finds it way into the klongs. And just like in Amsterdam, the water starts to smell. 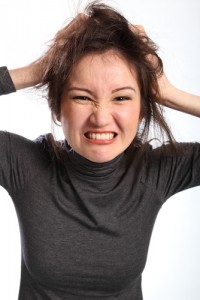 The Smell Of The Klong Is Also Too Much For The Sensitive Nose Of Your Thai Date. It’s One OF The Fun Facts About Thailand.

How Do I Find The Source?

So that smell you notice quite often as you travel around Bangkok is mostly coming from the klongs. At first you wouldn’t notice where it’s coming from but take a look around. It won’t be long before you find the source of the odor. There will no doubt be a klong just down wind from where you caught a disgusting whiff of it’s fumes.

It could be an obvious klong running under a bridge on the street you’re on. It could also be another ubiquitous klong running slowly alongside your sidewalk or under the street. But trust me, if you notice the smell, there’s a klong near.

Can You Imagine The Smell?

What does it smell like? It’s a little difficult to define. There’s really not a smell you can associate it with in the western world. Imagine rotting fish in a vat of petroleum next to an open sewer and you’re starting to get close to this unique smell. It shocks your senses like an alarm clock going off at 4 in the morning.

Can You Avoid The Odor? Impossible!

Can you avoid the smell while you live in Bangkok? Absolutely not, unless you want to stay indoors the whole time. The truth is about this fun facts about Thailand, you won’t believe this, but you get used to it. Watch the Thais. They walk around without a flinch even in the smelliest of conditions. As an ex-pat here I’ve noticed myself becoming accustomed to the stench.

Now I find the foul aroma like a black cat on the sidewalk. You notice it but it goes away as you approach. Then you just continue what you were doing and you don’t think about it until it happens again.

Can You Enjoy Bangkok Despite The Stench?

Bangkok is so cosmopolitan and so exciting that you’re always entranced by what’s going on around you. You don’t have time to dwell on the occasional foul smells you come across.

So now you’ve been warned about one of the crucial fun facts about Thailand – that the smells are there. And you’re fully aware of where those smells come from. Now go ahead and forget about them. Concentrate on having a great time while you visit Bangkok. After-all, you’re with a Thai girl, and there’s no better way to see Bangkok!

Do you want to read more Fun Facts About Thailand? Read the other parts of this series: Part 1, Part 2, Part 3, Part 4, Part 5

Marc Lewis is a 50-year-old Canadian who has traveled the world extensively both on his own and leading student tours. He’s worked as a high school teacher, business executive and photojournalist. Two years ago Marc met a lovely Thai girl online and moved to Thailand. He currently makes his residence in Bangkok and notes down fun facts about Thailand.

« Live Like A King With Fitness In Thailand – Part 4/4 » Do Thai Girls Speak English In Thailand?