Strange Facts About Thailand: Can You Watch Western Sports In Thailand? 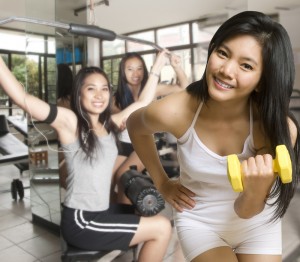 Strange Facts About Thailand – Do You Like Sports In Thailand?

I’m A Huge Sports Fan And I Love To Watch My Favorite Sports In Thailand.

A lack of sports on TV was not going to deter me from being with my love in Thailand.

If you’re a football fan (soccer as North Americans call it) you’re in luck. Football plays 24/7 on televisions all over Thailand. On regular TV, on cable, on satellite, the options are infinite. Thais love football and the games come in from all over the world.

All The Sports You Can Handle If You’re Australian

If you’re an Aussie or a Kiwi your sports are available on Cable or Satellite. The trick will be finding a reliable provider in your area of Thailand. Do that and you’re off to the races, so to speak. Europeans also have their sports available on Satellite. The greatest difficulty they’ll face is trying to watch their sports in real time. The change in time zones results in some pretty unusual viewing hours.

For me, as a Canadian, I love to watch North American sports like American NFL football, Major League Baseball, NBA basketball, and NHL Hockey. Where was I going to find these sports in Thailand?

My Search For Sports In Thailand Begins

I looked through the local TV stations here in Bangkok after my arrival. Apparently the market for U.S. Sports isn’t big enough to play them on TV. That wasn’t totally unexpected. I had no doubt they’d be on cable.

My heart sank as I reviewed the pamphlets of the cable providers. There were lots of sports being offered. But no North American sports in Thailand. I started to feel a pain in my gut. I figured I’d have to pay extra to feed my sports addiction in Thailand. I never thought I’d have to go “cold turkey” but that’s the way things were looking.

Where Are The Sports Broadcasts? 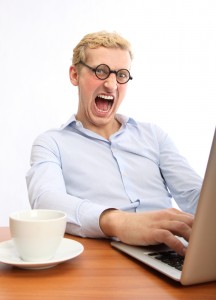 One Of The Best Ways To Keep Updated On The Latest Sports in Thailand Is Online.

My last ditch effort was to check satellite providers for sports in Thailand. I knew they’d be costly if they were available in my area but I was willing to bite the bullet on this one. I need my sports, they’re my connection to home.

I went to the internet and read ex-pats blogs about their sports feeds. That didn’t turn out well because the information wasn’t written by Canadians or Americans. However, I did finally stumble across the name of a satellite provider in my area of Bangkok. Bingo! Problem Solved. I had no doubt I’d found the answer.

Did I Find The Answer For Sports In Thailand?

I went to the provider’s website. It was a bit confusing navigating the selections because it was mostly in Thai. At one point I had my Thai girlfriend call and ask if I’d be able to receive American football on their satellite stations. Of course they said, “yes.”

Somehow I knew they would say that. Thais hate to disappoint you. I looked the line-up over a little closer and the actual answer became, “maybe.”

Could I Be Sure To See What I Want?

Their line-up was filled with Australian and European sports. It did appear they carried the odd network station from the U.S. but was I going to pay top dollar for a satellite feed without a guarantee I could watch the games I wanted? No Way!

My quest had gone unfulfilled. A part of me would be left behind in Canada. The sports fan in me was going to be neglected. My shoulders slumped forward and chin fell to my chest. I was crestfallen. What was I going to do? How was I going to find my favorite sports in Thailand?

Was The Quest Impossible?

The next day I was chatting online with my friend, Peter, in Canada. Peter said he was watching a hockey game online because he couldn’t get it on local TV. Oh my. Really?

I hadn’t considered the internet a reasonable alternative. I tried it a couple years back but the feeds were always jumpy and unusable. It’s a great place to read about sports but to watch them? I didn’t think it was feasible.

Peter said he was watching a link on one of the websites that streams live TV.

Could this be the answer to my dilemma?

I read up on his link and other websites like it. Turns out it is possible to watch the games but the video feed is sometimes blurry and there’s a tendency to lose the link in the middle of a game. It was close to being the right answer but I wasn’t there yet.

That lead me to check the actual websites of the major sports leagues. I went to the Major League Baseball site first, mlb.com. They offer subscription packages which allow you to watch any game you like, live. You can also go back and watch previous games if you missed one. That sounded like the right ticket.

I tried the feed and it was good. I had no problem watching the game. In fact, I was amazed at the quality of the internet picture. Perhaps I wouldn’t have to go without my sports drug.

I upgraded my internet to get more bandwidth and I bought the mlb package. It worked like a charm! I already owned a 20 inch monitor so when I make it full screen it’s as good as TV. Of course, the new flat panel TVs accept an internet feed so that may be the way I go in the future. 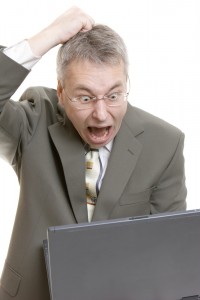 I Recommend You To Follow The World Of Sports In Thailand From The Internet.

I can watch the games on my smart phone or any other computer in the world as long as I’m not in the actual TV broadcast area of the game. In that case they black out the internet feed. Obviously that’s not going to be a problem while I’m living and watching sports in Thailand.

So what’s the downside? Two that I can see. One is the time change. Games on at 7pm in the mid-west United States are on at 7am in Thailand! That’s a bit early but I’ve found it gives me a good incentive to get up and get my day going.

Some games, like afternoon baseball or football are broadcast at 1am or 4am in the morning here in Thailand. Am I staying up to watch those games? Not likely unless they’re pretty significant games. I could watch the recorded broadcast when I wake up but there’s something about knowing the game is already over that kills it for me.

It’s Going To Cost You

The second drawback is cost. The mlb.com subscription is $100 U.S. a season. That seems a little stiff. I justify it by thinking I’d spend that in one visit to the ballpark if I were still living there. The other sports packages cost the same or more.

The pricing does seem steep but if I compare it with the cost of satellite I’m sure I’m ahead. I’ll have to live with the drawbacks but over-all I feel like I resolved my dilemma. I hope my Thai girlfriend will watch the games with me.

Do you want to read more Fun Facts About Thailand? Read the other parts of this series: Part 1, Part 2, Part 3, Part 4, Part 5

« Special Days In Thailand – Is There Mother’s Day In Thailand? » Do You Want To Drive Through Traffic In Bangkok? Jay-Walking V.2 – Part 1